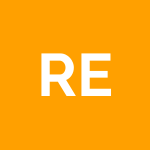 Multiple wheels on a device is just greedy. I only need ONE!

Do you have questions for ReaverOfCheesecake?

Log in to ask ReaverOfCheesecake questions publicly or anonymously.

Is it all about the V?

OK... I had COVID over the last two weeks, and it's been extreamly unpleasent. After been officially freed by the UK government, I went out for a ride... and i experienced something I never had before. I had the DREADED WOBBLES... but these were wobbles i couldn't get it back under control until i nearly stopped. I've been riding for nearly a year now and i am extreamly confident. This threw me a little, and i began to wonder why i experienced it so badly.

My first thoughts was that i was just extreamly off with my balance due to my fight against COVID - but then I noticed something, My feet were almost perfectly parrallel to the wheel. This is something i almost never do since i once bragged on this forum that the "V" posture is the way to go. To clarify, i tend to have the most stability if i have my toes pointing slightly outwards away from the wheel. So, when i changed my stance back to it's usual position, I had no further issues on the way home.

I am convinced this is why I had the encounter with the WOBBLE GOBBLIN that i did. What do you guys think? Is the "V" stance safer, or is there something else to this?

Liked by Explore Devon Uk and 3 others

Anyway, jokes aside, at first i thought it was my stance that was the issue... and this was partly true. But more importantly, it was down to my muscular calves.

Now i don't mean to brag, and I admit that my fitness level has plummeted during COVID (I just can't get myself to go to the gym anymore due to lazyness... buying EUC's was part of my motivation to excersise more - but that is a story for another day), but i used to do a LOT of running and weight lifting. My calves are still massive, and to be honest... the S18 really hurt at first. Anyway, after gaining some confidence on the machine, and riding through the pain to condition my legs, i noticed that as i got faster, I would feel like the EUC was leaning to the left a bit. I thought this was normal, since it would make sense that the roads leaned off to the sides in order to allow rain to drain to the sides and to the gutters. but then i noticed this seemed to happen on the pavements as well.... Which was strange.

So after about 2 weeks, of riding to and from work each day, it hit massive wobbles at 21MPH... This could not be so unstable at this speed, i thought as i pinched my sphincter as hard as i could while tryng not to fall into the traffic. Needless to say I limited myself to only 20MPH at that point for a few more rides.

This was until an epipheny hit me... or should i say that i hit it. A turd of a child decided to show off to his mates by throwing rocks off a motorway bridge. As i rode up to tell them off, i hit one of the rocks they had stashed near them... This made me lose my balence and i experienced the same wobbles that i had hit at speed. I recovered the wheel somehow almost immediately, and yelled at the 3 kids (early teens i think) who bolted without any abuse (I think the machine intimidated them :-D ).

After about 2 minutes of checking the road for large stones (Fortunatly, the ones they had thrown were not too big, so the only half-brick side rock happened to be the stone i had ridden over), I realised that i had recovered the wobble quite quickly. So, with my bravado high, after defeating a hoard of delinquents (Yes, i know i am sad for thinking that :-) ), i decided to test something. I continued riding towards home, pushed up to speed and... experienced NO WOBBLES... This must mean i was correct, my recovery was based on the fact that my legs were relaxed.

So from now on, all i do to recover from wabbles is to push my knees out about 1 inch away from the wheel to loosen the pressure my calves are putting on the machine... and it has always worked... thus far :-)

Liked by Old Trapper and 3 others

Right, I finally got my KS S-18 delivered from SpeedyFeet last week (Thanks guys) and was super excited. I had some issues with the initial setup but SpeedyFeet provided fantastic customer support and I just wanted to share the issues and how I got around them so that others may benifit.

For anyone wondering about the Shock absorber setup (Suspension) i am using...

I want to express that Ian from SpeedyFeet spent time with me over the phone and we eventually diagnosed the issue.

I hope that this helps people who have similar issues.