MAtt Gytrash
Lord
Posted 3 months ago
I was out on my V5F yesterday buying some essentials at the supermarket and had my closest encounter with the 👮‍♀️ yet! As I pulled up at a junction two streets away, a police car swung round and into the road I was just about to exit. It parked right by me on the opposite side of the road just as I was pulling out. Uh-oh, I thought. So I proceeded on my way, half expecting to be followed. But glancing behind as I pulled up outside Sainsbury’s, they weren’t around. So, slightly relieved, I went and got my stuff and paid. As I was packing my backpack, right behind the big plate glass storefront windows, guess who should roll up? Correct! And they parked right opposite where I was standing. My fevered brain at this stage decided that they knew I was in there and that they were waiting for me to leave the shop before nabbing me and confiscating my EUC! What to do? Well obviously there was no point in delaying what may or may not be the inevitable, so I walked out, stuck my V5F in the road and nonchalantly lowered the foot plates. At that point the passenger door of the police car opened and a female office stepped out. “Here we go” I thought. I stood up, foot on one footplate about to launch off or face arrest(!) - when to my delight, the officer opened the rear passenger door of the car and the driver opened his door and started to get out. I pushed off right in front of them as smoothly and professionally as possible considering my mildly agitated state, and went on my way to the next store. I don’t know who’s case the law was on, but that day it wasn’t mine!

The photo of a much relieved EUC rider was taken in the queue for M&S a few minutes later! 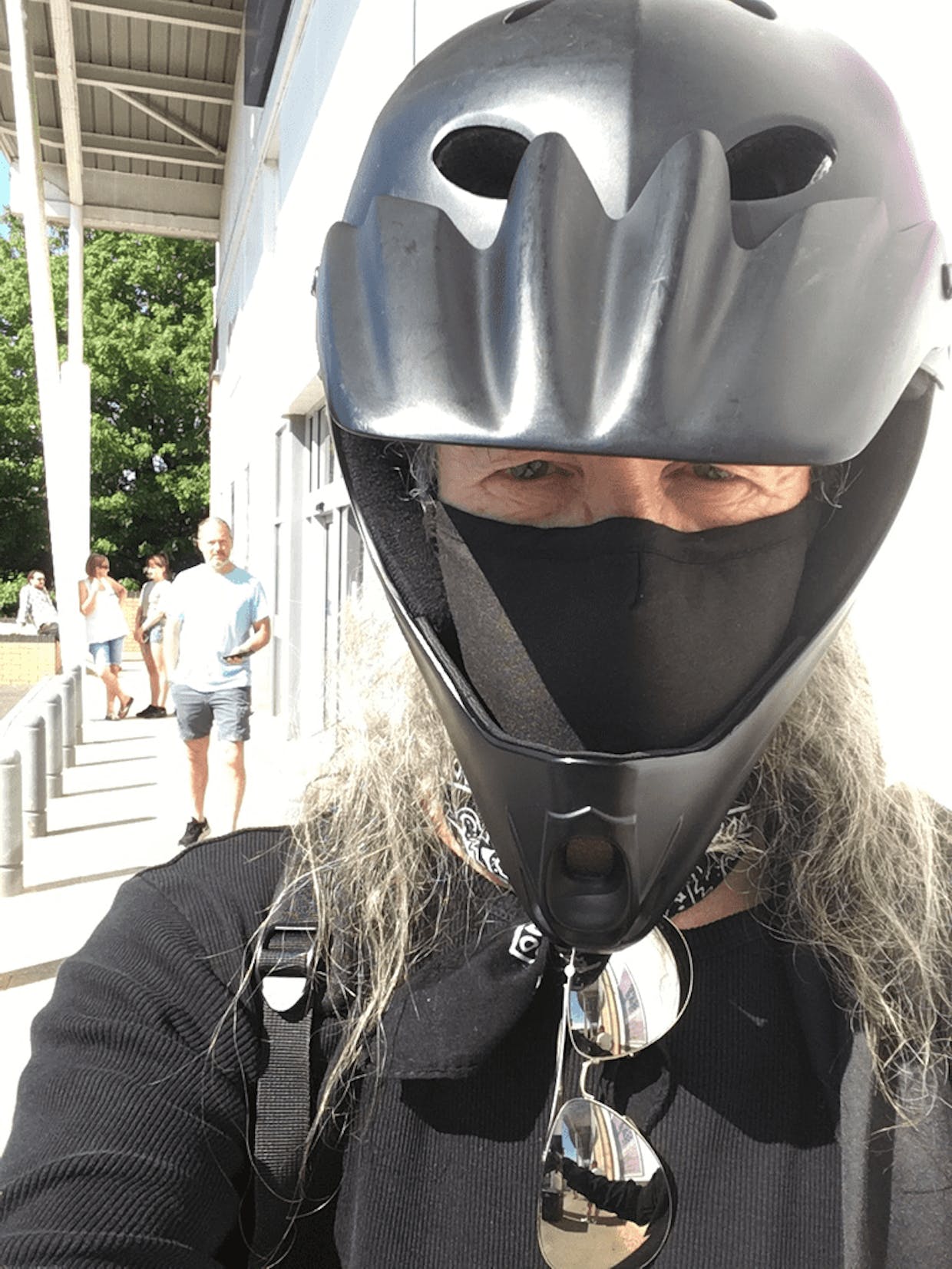 Liked by Speedy Feet and 6 others